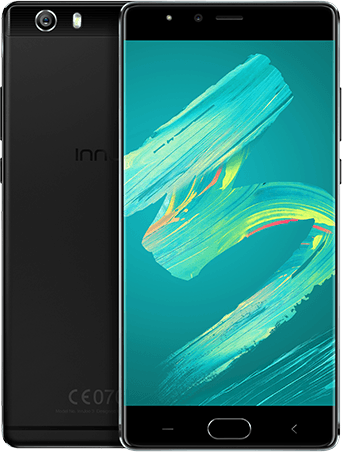 Innjoo 3 and phantom 6+ are two best phones produced by Innjoo and tecno respectively. So,this is going to a comparison between InnJoo and Tecno, because two these two devices are their top notch phones. This is comparison is going to be based on certain features like camera, display, memory etc. Afer each feature comparison, i will a winner depending on the specs on each of the phones. At the end, i will a final verdict on the overall winner. Lets get started.

The camera on this two phones are basically the same, both has 21MP back or rear camera with LED flash. Both also has an 8MP camera on the front side of each phone. The only difference here is that Phantom 6plus features a flash on front, so its a plus for Tecno. Apart from the flash, they are the same, but seriously that front flash is awesome for snapping selfie  in the night.

Winner: Tecno phantom 6+ (this is because of the flash on the front, some might they dont need it, but seriously it counts)

Both Innjoo 3 and phantom 6+ has a 1080p full HD screen, the only difference is the size of screen, 6.0″ on Phantom 6+ and 5.5″ on InnJoo 3. This one depends on the person that is buying the phone, some like bigger screen while others like smaller screen phone. For me, i like the bigger screen because i believe in “the bigger the better”.

Phantom 6 plus packs an awesome 4GB RAM and 64GB internal storage with support for exernal SD upto 128GB. Innjoo 3 also features the same specs (4GB RAM, 64GB internal). This means that on both devices you dont have to worry about memory, no more “Not enough space”, you have enough to store you musics, images, videos, etc, even if that fills up you can always get an external SD card.

For fast running of application and games, the phone must have a fast CPU and GPU, that is why Phantom 6+ is equipped whooping 2.0GHz deca-core (wow!) processor while Innjoo 3 comes with an octa-core 1.5 GHz processor, this means that both phone will run appropriately fast, but phantom 6+ will be noticeably faster in terms of performance and speed.

Both phones has bluetooth, 3g, and 4G LTE for speed of light browsing downloading and uploading speed.

There is a saying ‘with great power comes great responsibility’, so does these phones has enough juice or battery to carry those power hungry CPU’s? Well, InnJoo 3 comes with a 3000mAh capacity battery while phantom 6+ came with a 4050mAh capacity battery. So, which is better? You might get almost the same battery life out of these two devices, even though phantom 6+ came with 4050mAh, remember its cpu is faster than that of innjoo 3 so it will consume more battery, so eventually, the battery life on device is the same or almost the same.

This wraps up the review of this two great phone, its time to declare the winner. From the feature comparison winner count its obvious that the winner is Tecno Phantom 6 Plus, this is because it has a faster CPU and a front facing flash. This Verdict does not mean that Innjoo 3 is not a great phone, its a very nice phone with good build quality. After all this it all comes down to choice, So you tell me which of phones you like and would want to buy.

Please Subscribe, so that you will never miss any update on phone reviews, comparison and price.

Related: Innjoo max 3 pro vs innjoo 3 which is better and worth your money