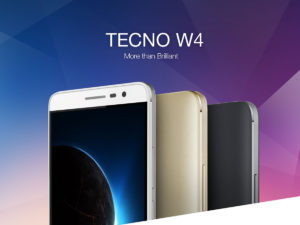 This is the comparison between tecno w5 and w4 which are tecno mobility’s mid-range set of phones. So we’ll look at similarities and differences between these two phones. Since tecno w5 is the successor of w4 we will also consider the areas where tecno w5 were upgraded. As usual this is going to be a comparison between the key specification of both phones, considering features like camera, display, memory, connectivity, security and battery. Let get  started!

Also check out Tecno phantom 6 vs Phantom 6 plus. 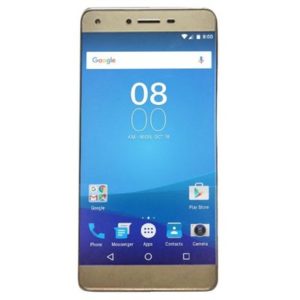 From the table above you can see that the winner in terms of camera quality is Tecno w5. Why is that? Well, its because Tecno w5 is packed with a 13MP back or rear camera with LED and a 5MP front camera also with flash, while tecno w4 came with an 8MP back camera with flash and a 2MP front camera without flash. Merely from the specs you can tell that the winner is tecno w5. The 13MP on the tecno w5 will shoot a brighter and sharper photos compared to 8MP camera on the w4, on the front side is 5MP with flash on w5 compared to 2MP without flash on w4. So with and increase in pixel size and also and added front flash gave tecno w5 an upper hand and thus better in terms of camera.

This is where things get interesting, both tecno w4 and w5 came with an HD IPS 720p display. So they both offer a stunning sharp displays – sharper photos, and clearer text. The difference here is that tecno w4 has a 5.0 inches screen while tecno w5 is 5.5inches. Well, does the screen size count? Its a matter of choice, some prefer a bigger screen size while other prefer smaller screen size, which one do you like?

Tecno w5 is stuffed with 3000mAh battery while tecno w4 is 2600mAh li-ion battery, which means that w5 will last longer than w4 in terms of battery endurance.

In terms of performance, you not notice any difference between these two phones because both has the CPU ( 1.3GHz quad-core Cortex-A5) and GPU (Mali-T720). So the speed of Tecno w5 is the same with that of tecno w4. That is why its a tie as you can see from the Specs table.

See also Phantom 6 plus vs Infinix Zero Plus

Why is it a Tie? This is because both phones (w4 & w5) features a 1GB of RAM and 16GB of internal storage with support for expansion with an external SD card up to 32GB.

Both Tecno w5 and tecno w4 are running on the recently released android 6.0 marshmallow operating system. So you’ll enjoy the features in the latest os on both phones.

4G LTE is neccessary for faster browsing, chatting , streaming, downloading and uploading files. You will enjoy all these features on both tecno w4 and w5 as they both are 4G LTE compatible.

Thats it guys on the comparison between tecno w4 and w5. Now lets consider the frequently asked question (FAQs) concerning these two phones.

Which should i Buy between tecno w4 and tecno w5?

Thats your choice to make, do you like the updated features on tecno w5 like better camera, longer battery, bigger screen and the added fingerprint sensor? If yes, then You should buy Tecno w5, but if you don’t care about those features, get tecno w4. Price is also another factor, can you pay up to ₦8,000 for those updated and added features?

Where can i Buy tecno w4 or tecno w5 in Nigeria or Kenya?

Well, good question! You can buy can both of these phones at Jumia or Konga online stores for those in Nigeria, Kenya and Ghana.

which of tecno w4 and w5 has a better battery life?

From what we’ve considered tecno w5 will longer in terms of battery compared w4.

Which of tecno w4 and w5 camera is better?

Tecno w5 sure has better camera (13MP back & 5MP front with flash on both).

You can also check out the Tecno W4 and Tecno W5 full review and specs to see other feature that each of these phones has. Before leaving this page make sure you subscribe to get out latest news and updates free of charges and also leave a comment on what you think about these phones or ask questions if find anything confusing.